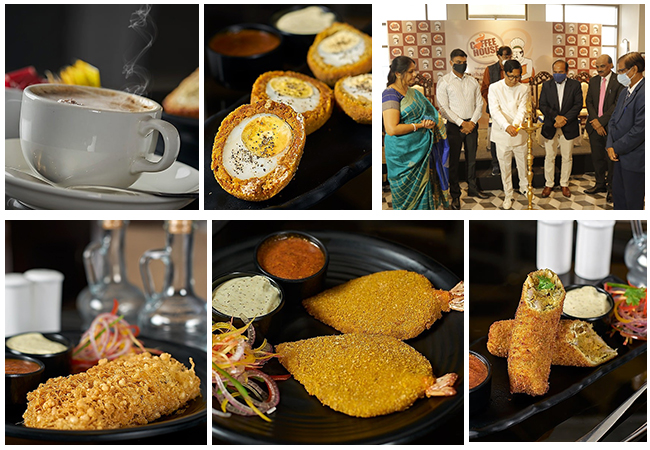 The bilaterally symmetrical facade harks back to Raj-era architecture, with eight fluted Corinthian columns lending character to the look.

The signage bearing the name hangs from a cast iron hexagonal latticework, supported by cast iron columns, which serves as an entrance canopy, standing under which the first view of the interior can be taken. “The design was so intricate that local grille makers were not confident of taking up the challenge. So we got it done from Hyderabad. The fabricator had to come over after the building was ready to take measurements as a difference of even a millimetre would have created problems in fitting,” said Parinita Hati, the architect who designed the building.